Bring home
the magic of internet!

We understand the concerns of parents. The device comes with a lock so that they can watch the writefull contents like kids youtube, khan academy, google classroom etc.

The device can be used for browsing internet too. Comes with a default web browser in order to access internet.

The device comes with wireless hotspot

Connect your smart phones/laptops or any wireless devices to access internet through this wireless hotspot. Dont want to clutter with cabels near the tv, then you can enable this wireless as a reciever from any of your wireless router.

Our company is a consortium of tech-savvy Open Source Cable Operators who have joined hands in the Northern part of Bangalore for providing unbiased and good quality internet service to the customers.

Starting with just 1 movie channel in 1991, we had worked very hard to provide analog satellite channels. In fact, in India ,it was the cable operators who created a revolution by providing satellite TV programs to customers from 1992. This boom gave birth to MSOs. Even though, due to pressure, the operators had to avail service from the MSOs ,the unity within the team prompted them to look out for additional services so that they could retain their customers and serve them better.

This led to the trial process of providing Internet service on the same cable, which is used to provide satellite TV channels. During the 4th quarter of 2009, for the first time in Bangalore , we were able to roll out UNBIASED and UNLIMITED Broadband Internet service with speeds up-to 20Mbps. After the first successful year, the operators got together in 2010 and formed a new company called BBNL, in order to provide the dual services of Digital Cable TV and Broadband Internet.

With a rich experience of 20 years on hand in serving the community( both cable TV and Internet included), our BBNL team has “quality of service ” as the motto and hence been a household name.

We have over 20 years experience in serving the community( both cable TV and Internet included), our BBNL team has “quality of service ” as the motto and hence been a household name.

We believe that our customers should be free to enjoy the Internet without worrying about bandwidth restrictions. we don’t slow you down at peak times.

Our fully-trained customer support help you with any aspect of getting the best out of your Fibre service. We aim to resolve customer issues on the same day.

We only quote the price that you will really pay. Our packages are great value and we only offer flat rate fees, with no hidden charges.

Use it for regestring a new connection / raise and manage your complaint , network management and make payments too.

New Users can request for new connection to bbnl.

Can have a look at the bandwidth consumed graphical view.

Incase of any issues ticket can be raised (Available only for registered customer).

The Dial-In password can be changed by user, without any technical support.

Customers can give there rating for the Engineer who solve the issues .

Customers can give there valuable feed back to us. 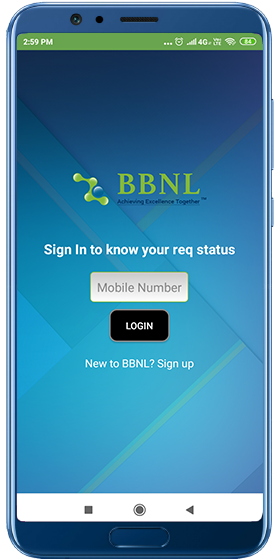 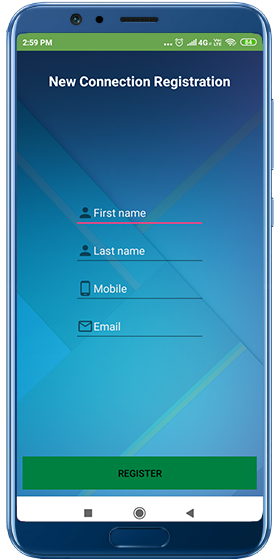 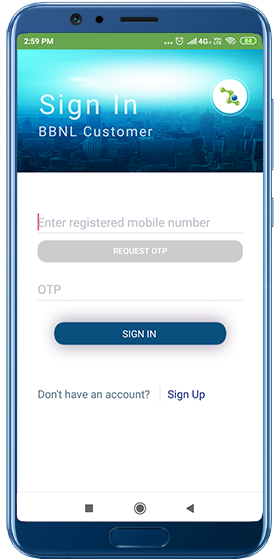 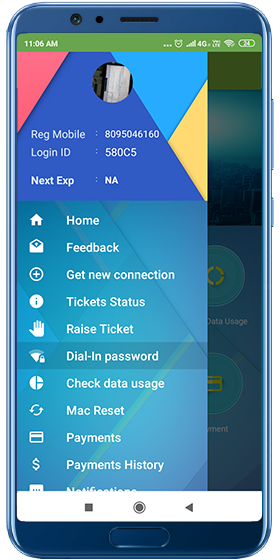 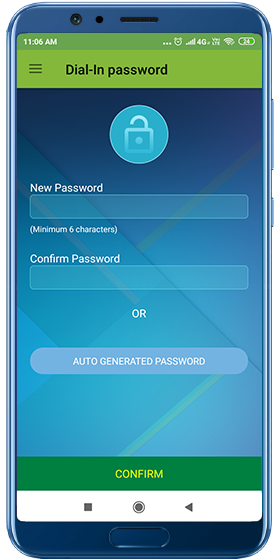 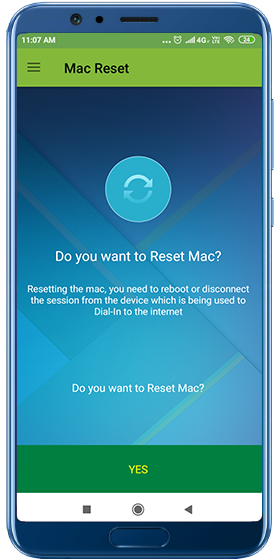 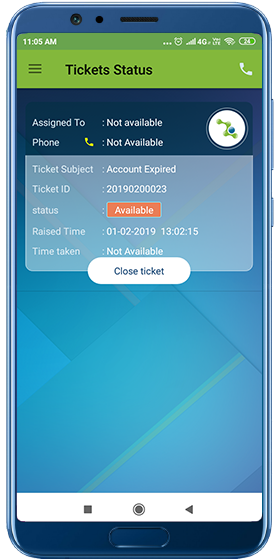 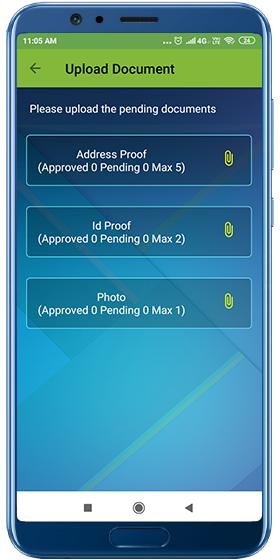 have been using this Internet since last two years and it is working like a charm. First I was thinking of Airtel but their costs are too high. But in case of BBNL, their prices are low but speed is very high. I was paying 1200/month for 100GB data at 20mbps and after that 100 gb is finished, u will get unlimited data at 4mbps. Even their service is also good. Whenever you will call, they will come in 15 min and fix or rectify any problem. Just go for it.

I am Using BBNL Internet Connection from 6 months. I have taken unlimited plan with 2 mbps of speed. Am very much happy with speed of this network until now. In addition, whenever I download the movie software anything, if the file of more than 1 GB the file will download with an hour from Wi-Fi connection as others uses the network too. We are 4 people at home who use Wi-Fi in mobile and laptops as well after this also user still get good speed were you can work comfortably. Until now, do not have any network issue from BBNL.I like the service and speed of the network.

I think its even better than Airtel , I am using this service since 1 year without any trouble I am using 20 MBPs currently and according to speedtest.net I get exatly the same support service is also very nice, they get back within advised timeframe, only thing I dislike about this company is payment gateway.they still use Atom which is oldest and they diduct 4% as transaction fee which is pathatic in the era of gateway like paytm or payumoney. But internet service is thumbs up????, no question on this part you can ask for the connection without any hagitation

Very good service. The provider gave proper responses to my queries, he also suggested a cost plan according to my usage type. Even I got the installation done within a few hours. Thank you BBNL for the excellent service.

I have been using BBNL for the last six Years. I am very satisfied with its internet connection and speed. The internet speed is fast, reliable and much better than other broadband connections that l had before. It is also great option for OTT apps.

I am a fan of the BBNL. The speed is amazing, and I have never experienced any delays in downloading or uploading anything on my internet connection. I also love that it has been installed very professionally, with no mess at all.